The Most Common Types of Car Crashes in Hawaii

The aftermath of an accident in Hawaii can be extremely daunting for most victims. Regardless of the kind of accident in which you were involved, one thing is certain: at some point during your recuperation, often within days or even hours after the incident, you’ll be faced with a number of difficulties. You could be forced to confront an array of unfortunate consequences, from lost wages and earning potential to ongoing injuries.

Of course, it is essential that motorists understand the most prevalent forms of car accidents. The awareness of these types of accidents and their common locations helps provide drivers with the resources necessary to prevent them.

However, if you have sustained injuries in a collision, you should consult with a Hawaii personal injury attorney, especially before attempting to negotiate with insurance adjusters or other drivers. An experienced attorney knows how to submit a claim for personal injury, what it takes to win, and how to prevent an insurance company from taking advantage of you when you are at your most vulnerable. 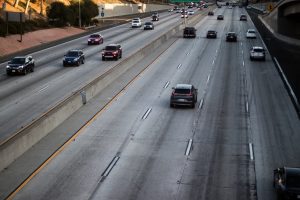 According to figures published by the Hawaii Department of Transportation, between 120 and 150 persons are killed in car accidents yearly in Hawaii. In Hawaii, more accidents were caused by speeding than by distracted driving combined. Other causes of these tragic, catastrophic accidents include refusal to yield, driving in the wrong direction, tailgating, and engaging in risky maneuvers.

In addition, Hawaii claimed 2o to 30 deaths during the first quarter of the last year. That was more than twice as much as the same period last year. And according to the existing Highway Safety Plan of the Department of Transportation, Hawaii is unlikely to achieve its targets for reducing deaths and severe injuries based on the available statistics.

What’s more, Oahu routinely has the highest rate of road fatalities throughout Hawaii. Oahu has a higher rate of motorcycle crashes and pedestrian accidents than the other Hawaiian islands.

The majority of accidents in the United States are caused by distracted drivers, and a rise in mobile phone usage while driving is to blame. Drivers are using their mobile phones to make calls and get directions, check their email, and post to social networking sites. This is generating a major rise in the number of distracted drivers on the road since younger generations see using their phones while driving as normal behavior.

With over one million registered automobiles in Hawaii, there are around 10,000 major traffic accidents annually, many of which are also caused by distracted driving or careless behavior on the part of motorists. The State of Hawaii continues to enhance its roads; road safety awareness is a top priority.

Despite this increased insight and general knowledge, the number of road accidents in Hawaii has not decreased. Each year, a comparable number of pedestrian, motorcycle, commercial and large truck collisions continue to result in deaths in Hawaii. Tragically, distracted driving is a major issue and a common denominator among all of these accidents.

The following are some of the most common types of automobile collisions in Hawaii:

Our personal injury attorneys at Leavitt, Yamane & Soldner are prepared to represent Hawaii residents who have sustained serious injuries in a vehicle accident caused by another driver’s negligence. Multiple variables, including high traffic, inebriated drivers, distracted drivers, and reckless driving, contribute to the occurrence of vehicle accidents in Hawaii.

We understand what our clients are going through after a tragic car accident has upended their lives. In addition to the high expenditures associated with treatment, rehabilitation, and long-term care, the mental grief and great physical pain or long-term injuries that often result from these catastrophes may loom over your life for an exceptionally long period.

Needless to say, a great number of injured clients have entrusted us with their counsel over our years in business. Our vehicle accident lawyers in the Honolulu region are devoted to supporting our clients in achieving justice and fair compensation after an accident.

If you are interested in an initial free consultation with a member of our team, please do not hesitate to contact us at 808-537-2525. Our Honolulu personal injury attorneys are committed to helping you and your family secure the justice you deserve after an auto accident.