Lihue, HI (December 17, 2022) – A father and son suffered serious injuries in a plane accident in Lihue on Thursday, December 15.

Police reported the Beechcraft BE77 crashed at around 12:10 p.m. Multiple agencies were called to assist at the crash scene, including firefighters and police in Kauai.

Upon arrival at the site of the accident, officials reported the two had already managed to crawl out of the wreckage. Their injuries were listed as serious in nature.

Police in Kauai continue to investigate the details of the crash.

We hope for the full recovery of the injured individuals. 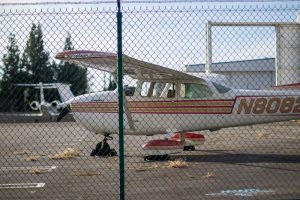 Private plane accidents can be challenging and complex. Private aircraft do not have “black boxes” like commercial planes. Additionally, enforcement and regulation of certification and maintenance procedures are much more thorough for commercial aircraft compared to private aircraft.

General aviation flights include all flights beside scheduled cargo, airline, and military flights. Most air traffic in the United States falls under this category. Many airports in the US, approximately 5,300, serve only general aviation. Information provided by the NTSB shows that over twenty million flight hours were flown by general aviation aircraft such as business jets, private planes, and chartered aircraft in 2009. That same year, over 1,400 crashes were reported that involved general aviation.

Statistics from 2013 show that small private planes average about five accidents per day, in contrast to the general safety of other general aviation aircraft. Small private plane crashes account for approximately 500 deaths each year in the United States.

Plane accidents can happen for numerous reasons. The conduct of the pilot is a continuous focus in cases like these. This is mostly true with private planes, whose pilots are often part-time. Additionally, bad weather is a common cause of private plane accidents as small aircraft are often more heavily influenced by inclement weather than commercial planes.

Our personal injury lawyers in Hawaii have been representing the families of injured accident victims for decades. Individuals hurt in plane accidents suffer some of the most catastrophic injuries. Our attorneys at Leavitt, Yamane, & Soldner handle cases of catastrophic and fatal accidents caused by pilot error, equipment defects, air traffic control error/malfunction, fuel mismanagement, and more.

Call the law office of Leavitt, Yamane & Soldner as soon as you can to learn about how you may be eligible for financial compensation if you were hurt in a plane accident that was not your fault. You can reach our law office at (808) 537-2525.