Kalihi, HI (January 21, 2023) – On Friday night, January 20, a car accident was reported to police in Kalihi. The accident happened at approximately 9:39 p.m., according to a local news source.

Multiple first responders were seen rendering aid at the crash site, located on H1 near the School Street exit. Emergency medical services and the Hawaii Police Department worked to assist those with injuries and investigate the details of the incident.

At least one individual was treated by paramedics at the scene and transported to a local hospital. At this time, no one involved has been identified.

The roadway was blocked for some time on Friday night, causing traffic delays in the area. Police are working to determine the cause of the accident.

We hope for the full recovery of those with injuries. 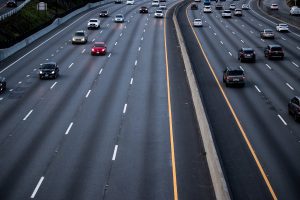 Tens of thousands of car crashes are reported in Hawaii per year. Over ten thousand people are injured in these accidents and some even end up losing their lives. Car crashes are among the most common causes of severe injuries and death in the United States, especially among people ages 15-20. Every year, about 3 million people sustain injuries in auto accidents in the United States. Approximately 32,000 people are killed annually in car accidents across America.

Injuries that usually result from severe auto accidents include:

At this time, the main cause of American car crashes is driver negligence. Negligent drivers account for more than 92% of reported traffic collisions. Accidents caused by the actions of negligent drivers may be much more catastrophic than collisions that happen for other reasons.

The consequences that arise due to sustaining a severe injury in a car crash are usually difficult to endure. Not only do victims suffer from physical injuries, but they also face difficult financial and emotional problems in the aftermath of their accidents. It is important for the negligent driver who caused your crash to be held legally responsible for their actions so they are less likely to endanger other people in the future.

The insurance company seeks to shrink your settlement as much as possible, however, with the help of a skilled car crash lawyer, you will be able to collect full and fair financial compensation. Call the law office of Leavitt, Yamane, & Soldner whenever you can to talk to an attorney about your claim.

Our firm does not charge out-of-pocket fees, we only get paid if you are fairly compensated for your injuries and losses. If you are not able to collect compensation after we determine that your crash was caused by a negligent driver, you do not owe us anything. Our main goal is to help you recover financially after you were severely injured by the negligent actions of another person.

Allow a Kalihi car accident lawyer from Leavitt, Yamane, & Soldner to help you return your life to normalcy after it was derailed by auto accident injuries. Case evaluations are free so call us at  (808) 537-2525 at your earliest convenience. You should be able to focus on your health and well-being instead of worrying about your finances.

Notes: Our team of writers uses secondary sources such as news reports and local and state police incident reports to create these posts. We have not independently verified all of the facts surrounding this particular accident, so if there is any information that is incorrect, please contact Leavitt, Yamane & Soldner right away so that we can update the post right away to reflect the most accurate information available.