Kailua-Kona, HI (September 30, 2022) – A man from Kailua-Kona was killed in a two-vehicle collision near Kealakehe High School on Wednesday, September 28th.

According to sources, Hawaii police responded to the scene in the area of Kealakehe Street and Kealaka‘a Street at about 6:50 p.m.

Upon their arrival, investigators determined that a 2000 Toyota 4Runner traveling northbound on Kealaka‘a Street was making a lefthand turn onto Kealakehe Street when it collided with a Honda Grom motorcycle being operated by a 21-year-old man.

The rider was taken by ambulance to the Kona Community Hospital where he was pronounced dead.

The driver of the Toyota 4Runner, a 43-year-old man Kailua-Kona man, was unharmed during the impact.

A coroner’s inquest and an autopsy have both been initiated.

We would like to offer our deepest condolences to the family of the deceased victim at this time. 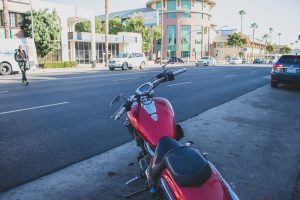 Accidents involving motorcycles are extremely serious and oftentimes fatal. If you or a member of your family was injured or killed in a motorcycle crash caused by someone else’s negligence, you could be eligible for compensation for your hospital bills, lost earnings, pain, suffering, and other damages. You need assertive legal representation and a lawyer who can help you exercise your rights.

Even if the driver liable for the accident offers you what sounds like a liberal settlement, you should never accept it without having an experienced lawyer review the facts of your case. Our Hawaii motorcycle accident lawyers can effectively calculate whether or not the settlement amount is really as generous as it seems and lean on them for more if it isn’t. If the negligent driver still refuses to pay you what you deserve, we will take your case to trial.

Even when motorcycle riders obey all safety protocols laid out by the state, like wearing an approved helmet and appropriate protective gear, they have little to no defense when compared to the driver of the vehicle that hit them. For this reason, motorcyclists are far more vulnerable to being seriously injured or killed during a collision with another vehicle. In addition to the danger of being hit by another driver, riders also have to contend with everyday road hazards such as slick roadways, cracks, and potholes.

According to data released by the National Highway Traffic and Safety Administration in 2017, roughly 25 motorcyclists are killed each year in Hawaii crashes, and hundreds more are left badly injured. Although there is no one common kind of motorcycle accident, the one feature they all share is that the crashes are almost always violent and the injuries catastrophic. More than 80% of motorcycle accidents nationwide result in injury or death to the rider.

When you work with a Hawaii motorcycle accident lawyer from Leavitt, Yamane & Soldner, you can let go of your concerns and let us handle the onslaught of legal work, communication with insurers, and other logistical problems. Contact our Hawaii law offices as soon as possible by calling (808) 537-2525 to schedule a no-obligation review of your potential injury claim to find out what legal avenues are open to you.