Hoolehua, HI (January 17, 2023) – Two people were hurt in a plane crash near the Molokai Airport on Monday morning, January 16. Reports show that a single-engine Cessna 208 crashed at approximately 5:00 a.m. while approaching the airport in Hoolehua.

A local air cargo company confirmed one of their planes, N236KA, was involved in the incident. The state Department of Transportation stated the plane crashed in a rural area about 1.5 miles away from the airport.

Two occupants were on board the plane at the time of the crash. Emergency Medical Services, Airport fire crews, and other responders were seen rendering aid at the scene. Injuries were reported, however, their severity is currently unknown.

The FAA and NTSB said they are investigating the incident at this time. Kamaka Air stopped all flights temporarily until no further abnormal risk was apparent. A limited flight schedule was resumed on Monday to ensure that Lanai and Molokai continued to receive cargo.

Authorities continue to investigate the details of the accident.

We hope for the full recovery of those with injuries. 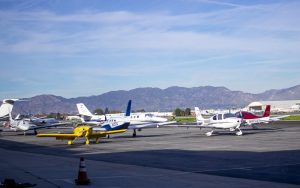 Plane travel is one of the safest ways to get around. However, when aviation accidents occur, the results can prove to be catastrophic for those involved. This is due to the fact that there is virtually no such thing as a minor plane crash or safe crash landing. These occurrences are often life-altering and devastating events. Aviation accident rates have lowered in recent years, but the rising popularity of private jet travel could soon reverse this downward trend.

Statistics from 2013 show that small private planes average about five accidents per day, in contrast to the general safety of other general aviation aircraft. Small private plane crashes account for approximately 500 deaths each year in the United States.

General aviation flights include all flights besides scheduled cargo, airline, and military flights. Most air traffic in the United States falls under this category. Many airports in the US, approximately 5,300, serve only general aviation. Information provided by the NTSB shows that over twenty million flight hours were flown by general aviation aircraft such as business jets, private planes, and chartered aircraft in 2009. That same year, over 1,400 crashes were reported that involved general aviation.

Plane accidents can happen for numerous reasons. The conduct of the pilot is a continuous focus in cases like these. This is mostly true with private planes, whose pilots are often part-time. Additionally, bad weather is a common cause of private plane accidents as small aircraft are often more heavily influenced by inclement weather than commercial planes.

Our personal injury lawyers in Hoolehua have been representing the families of injured accident victims for decades. Individuals hurt in plane accidents suffer some of the most catastrophic injuries. Our attorneys at Leavitt, Yamane, & Soldner handle cases of catastrophic and fatal accidents caused by pilot error, equipment defects, air traffic control error/malfunction, fuel mismanagement, and more.

Call the law office of Leavitt, Yamane & Soldner as soon as you can to learn about how you may be eligible for financial compensation if you were hurt in a plane accident that was not your fault. You can reach our law office at (808) 537-2525.