Halawa, HI (May 16, 2022) – On Monday, May 16th, officers with the Honolulu Police Department and first responders were called to the scene of a collision involving at least two vehicles in Halawa.

According to a source with knowledge of the incident, the crash took place at about 10:00 p.m. in the westbound lanes of the Moanalua Freeway at the ramp connecting to Ala Kapuna.

The disabled vehicles have since been moved onto the righthand shoulder.

EMTs also responded to the scene. Bystanders stated that they loaded at least one injured person into the back of an ambulance. The total number of victims and the severity of their injuries are not known at this time.

This accident is under investigation by the Honolulu Police Department, which is currently working to determine its cause. It is unknown if driver impairment or speed played a role.

Our thoughts are with the injured victim and their family at this time. We hope for their full recovery. 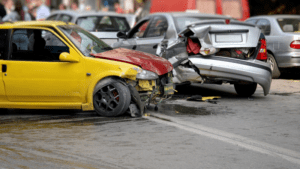 Once in a while, vehicle accidents are caused by a single outside force; an entity or thing over which neither driver has any power. It is much more common, however, for a vehicle accident to be the result of manifold elements that cumulatively build up to a single, gruesome event. While it is absolutely true that, every so often, liability cannot be placed on anyone involved in the crash, an enormous percentage of serious auto crashes are caused by the irresponsible actions of one or both drivers.

The most common kinds of driver negligence that result in these serious car accidents are:

These and innumerable other forms of negligent actions place the lives of thousands of people in jeopardy each and every single day, including children, joggers, walkers, cyclists, and even those in other vehicles on the roadway.

The state of Hawaii follows standard no-fault auto insurance laws, meaning that, for the most part, the injured person or persons will need to file a claim with their own insurer for recovery of any accident-related medical expenses no matter what caused their accident.

If an auto collision left you with serious injuries as well as medical and hospital bills totaling over $5,000, with a life-long handicap, or disfigured, you are most likely be eligible to pursue compensation from the at-fault driver.

Our Hawaii car accident lawyers have years of experience in successfully negotiating these types of cases and are fully prepared to guide and advise you and your family throughout the entire legal process.

Contact our Hawaii car crash lawyers today by calling (808) 537-2525 to schedule a free assessment of your potential claim to discover what legal options are available to you.

If you need an accident lawyer in Hawaii, let us help. It starts with a phone call or an email. There is no cost. We are paid only if we recover money for you. Fill out the form or call us at