Aiea, HI (November 27, 2022) – On the afternoon of November 23, a serious motorcycle accident took place in Aiea. The incident occurred at around 1:46 p.m. for reasons still under local police investigation.

Sources report the wreck took place on the H-1 Interstate near the Waiawa exit. The crash scene blocked the left lane while responders worked in the area.

At least one person sustained injuries in the crash. Paramedics treated the injured victim(s) on-site and transported those in need of extensive medical care to local hospitals. At this time, the involved individuals haven’t been identified.

Traffic delays were seen near the wreck site for some time on the afternoon of November 23. Police in Aiea are still working to determine the cause of the crash.

We hope for the full recovery of the injured person. 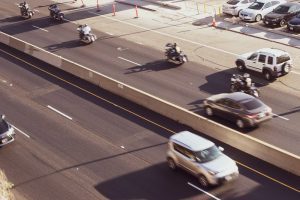 Obviously, motorcyclists are more prone to becoming seriously injured due to traveling with little to no protection against the force of faster, larger vehicles. If a motorcyclist becomes involved in a collision with a passenger car, they are more likely to suffer severe or even fatal injuries than those who are riding in the vehicle.

In Hawaii, there are a large number of motorcyclists. Due to the beautiful scenery and nice weather, it is a popular place to ride mopeds and motorcycles year-round. This is a fact that should be considered by all motorists in Hawaii. Drivers in Hawaii should keep an eye out for motorcyclists at all times, as they are more common there than in other states.

When you or a loved one sustains severe injuries in a motorcycle crash, you should contact a motorcycle accident lawyer in Aiea as soon as you can. You may be eligible for financial compensation for damages like pain, suffering, loss of enjoyment of life, medical bills, vehicle repair costs, wage loss, and more.

Call the law office of Leavitt, Yamane, & Soldner as soon as you can at (808) 537-2525 to learn more about your legal right toward financial compensation if you were hurt as a motorcyclist in an accident. We are here to help you through this difficult time, so don’t hesitate to contact our office as soon as you can.